A friend asked me about one of the masks in my Mexican Masks and Puppets book, and it occurred to me that because the mask photos in the book are small, there was seldom room for more than two views, and the text itself was small and limited due to space constraints, some details from the book would be far easier to illustrate on this blog. Today’s discussion concerns masks on pages  110  and 113, the latter carved by José González Galindo.

I met José in December, 2007. He owned a small general store in Coxquihui, Veracruz, and behind the store he had a workshop where he carved masks. There I saw a broken fragment of a mask; it was obviously old. Looking at it more closely, I was impressed that it had once been a very beautiful mask. José explained that he had not been the carver, and indeed the carver was unknown. He had obtained it somewhere, and kept it as a model. In the Sierra de Puebla, a mask maker will use a mask that he likes to create something similar. Usually a carver would not make an exact copy, but the model would suggest a shape and proportions, maybe even some design details. Often a young carver would model his first masks on those of his father, and then he would go on to develop his own style. Here is this model used by José. I believe it was meant to represent a Perro (d0g). 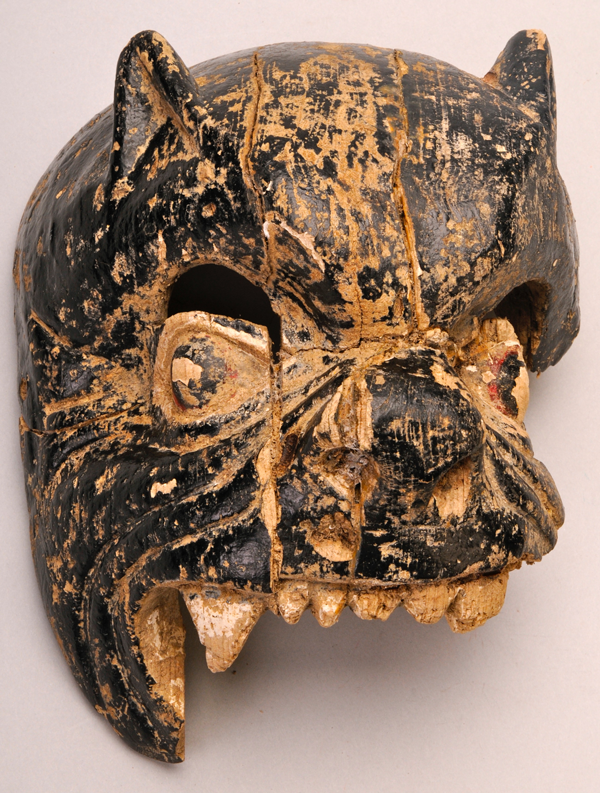 This mask was very finely carved, with carefully shaped openings for vision, and beautiful features such as the eyes, ears, nose, mouth and teeth. This was a mask carved by an unknown master carver, decades earlier. 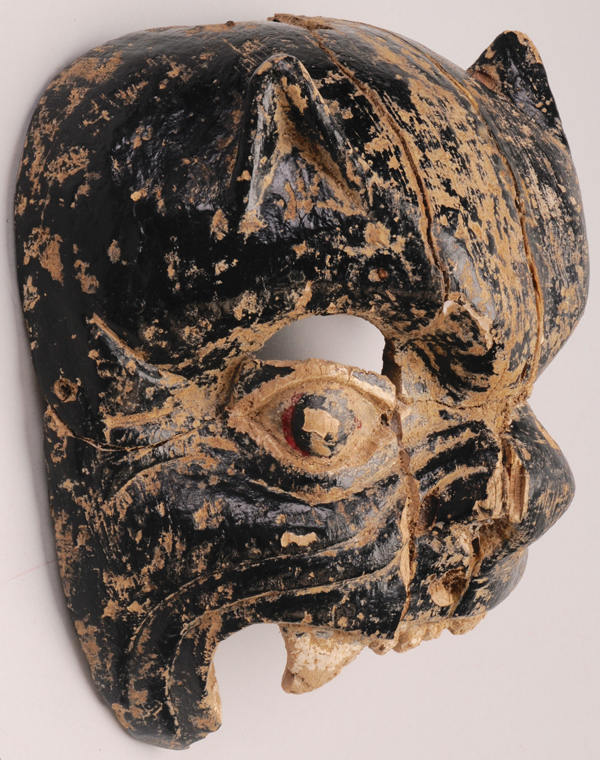 The paint is of course highly worn, and the mask had broken into many pieces, some of which were subsequently glued back together.

This mask would have been about 10 inches tall, 8 inches wide, and  4 inches deep. It was carved from soft wood, the walls are fairly thick, and it is light in weight. 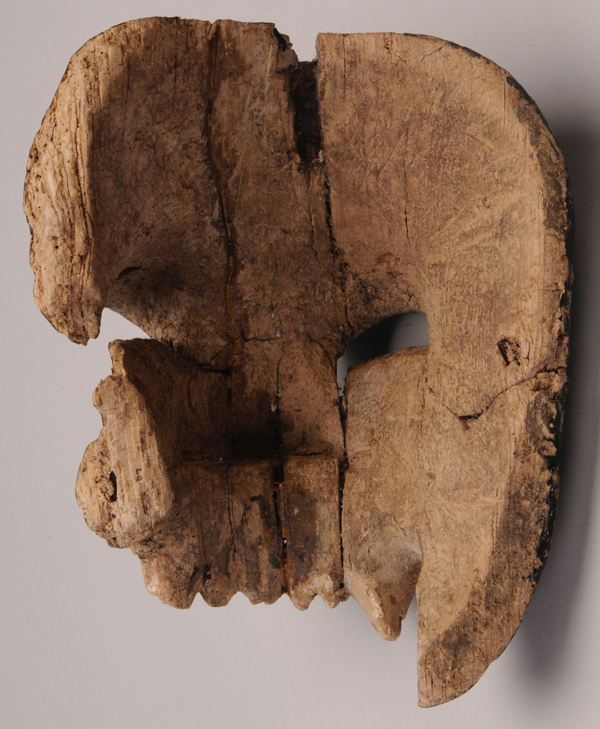 The back is obviously old, with marked staining. There is a ragged edge on the left where a broken fragment has been lost, and the lower jaw is also missing.

Despite all of these problems, I immediately admired this mask, and purchased it for my collection.

José then brought out a Perro mask that he had carved, based on this old and broken model. You can see that he made a fairly faithful copy. It was carved from some harder wood, and the walls are thinner, but it actually weighs more that the model would have weighed, if intact. I bought it as well, not of of admiration but to have an actual example of the use of a model. 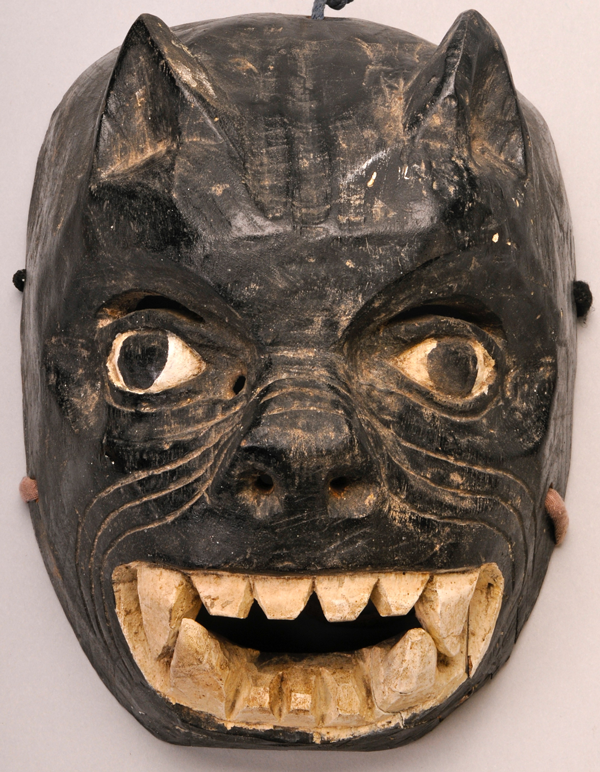 This is a good mask, but the carving is far less dynamic or sculptural. Although complete, this mask is not as impressive as the fragment. 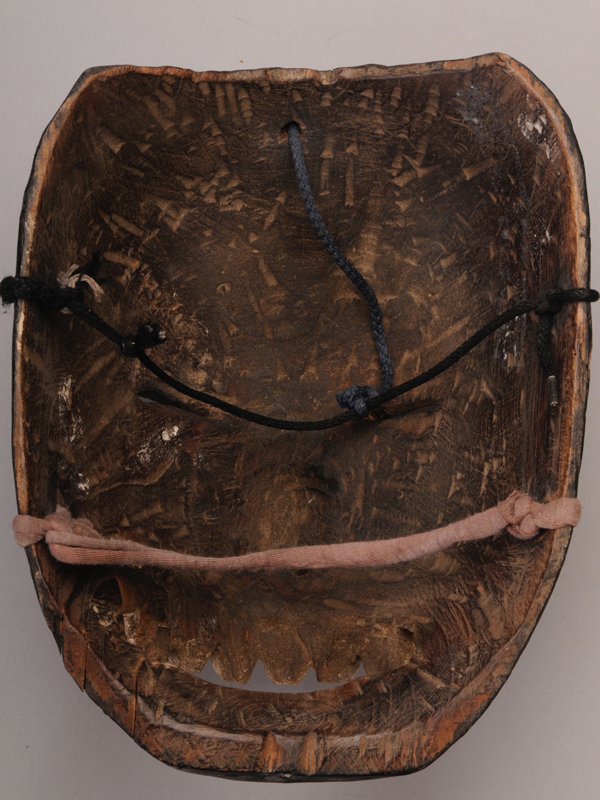 The back is darkly stained, but this staining is rather uniform, as if it was coated with some substance, either for protection or to produce a false impression of great age. I suspect the latter.

I hope that you found this interesting. Next week I will present another example of the use of a model.