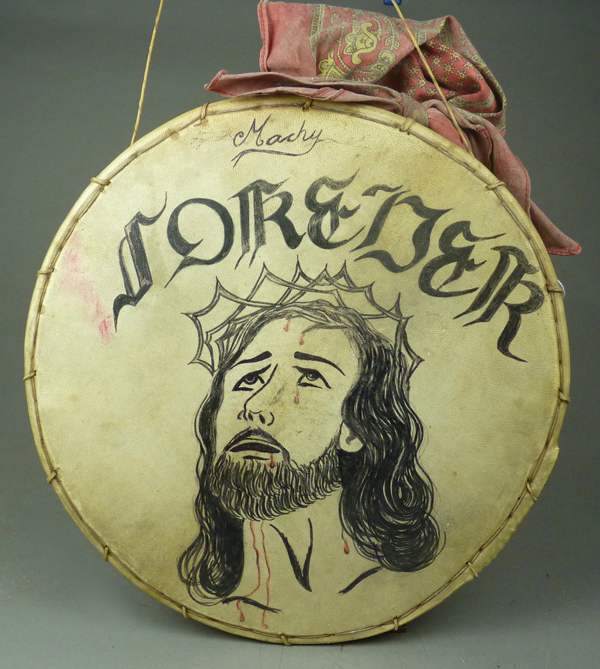 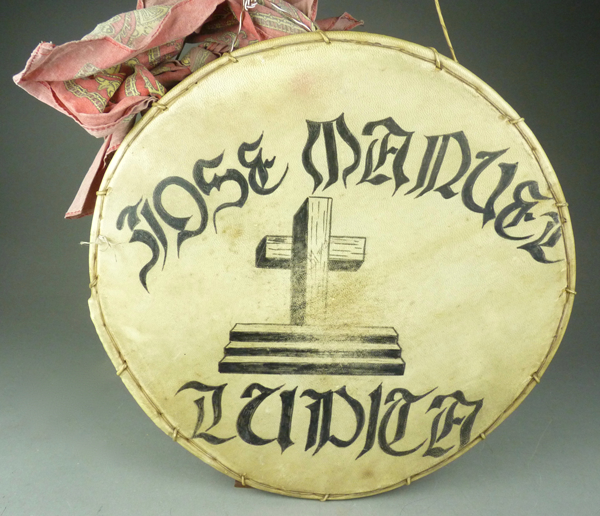 Here is the other side of the Rio Mayo drum. I suppose that this a memorial drum, commemorating José Manuel Lupita (or Ludita). I don’t know who José was, but I wonder if he was a deceased Mayo who had served as a Parisero? There is a worn spot on the center of this side, where the drum was usually beaten, and no such spot on the side with Christ’s image. Evidently there was a deliberate decision to avoid striking the image of Christ. A second drum follows that was struck equally on both sides, neither side carrying a sacred image.

Here is the edge of this drum. The rim is of thin bent wood that has been bound together at the overlapping ends with clenched nails.

Here is an undecorated and unplayed Yaqui drum for contrast. The two drums have the same diameter and depth. 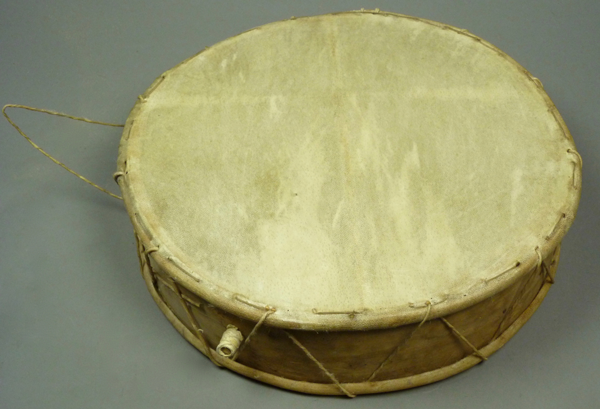 European style drums are tuned by tightening or loosening turnbuckles that hold the drum heads in tension. In the case of Yaqui and Mayo drums the lacing that pulls the drum heads tight is of fixed length and tension, and the pitch of the drum heads is raised by heating the drum over an open fire.

The overlapping ends of this drum frame were bound together with rawhide. The end of a drumstick protrudes from the side of the drum.

I found a photo of another decorated drum from San Xavier (Municipio Choix), Sinaloa on the Internet.

Here is anther with one of those “pin-up” images.

Here is the other decorated drum from my collection. I bought this one from Mahina Drees in 2019. This is an old drum that was stored for many years, and I suppose it dates to the 1980s or earlier. It is 12 inches in diameter and 2 inches deep. I don’t know whether this drum is from Sonora or Sinaloa. 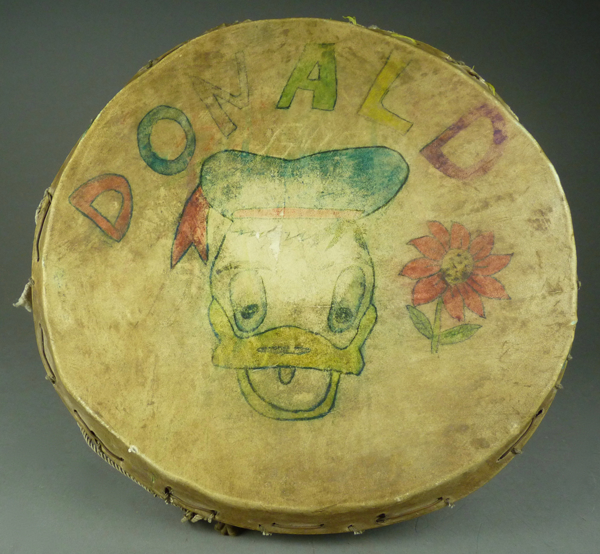 Note the worn central area where the drum was beaten by the drumsticks. 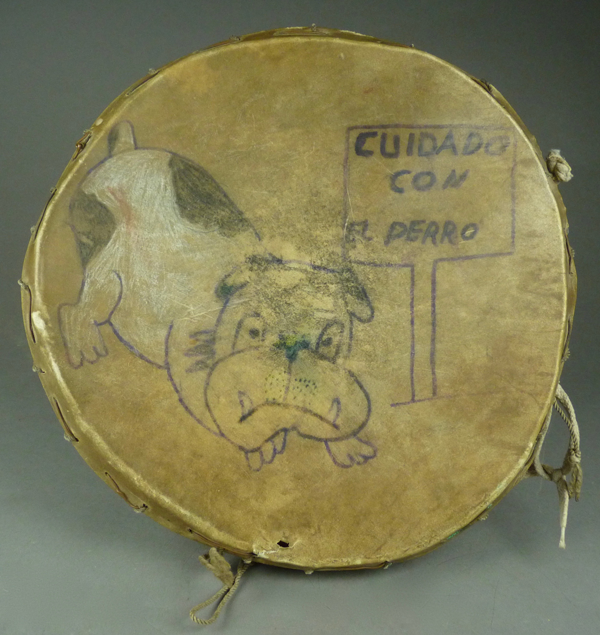 “Cuidado con el perro” means “Beware of the dog.” On this side too there is a worn spot in the middle.

This drum is unusual because the rim is made of metal rather than wood. I suspect that this was made from a recycled aluminum cake pan.

The usual hole, matched by another on the opposite side, is meant to accommodate the drumstick.

Next week I will share a Fariseo mask from Queretero that I had overlooked when preparing an earlier post.