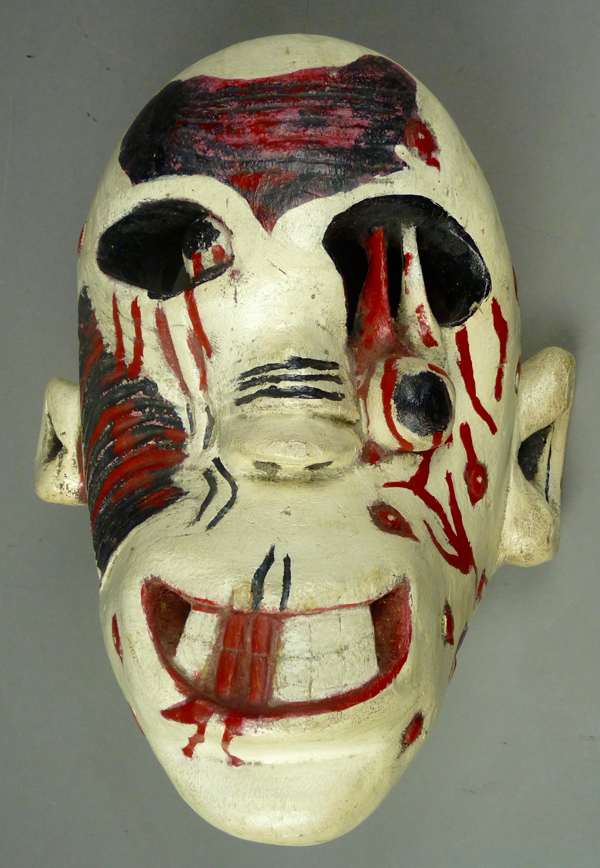 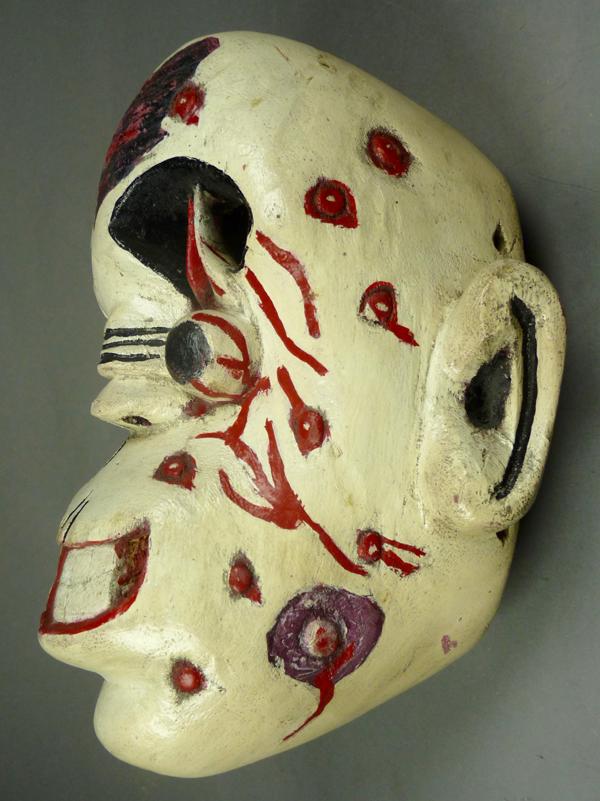 The two ears are not at all similar. 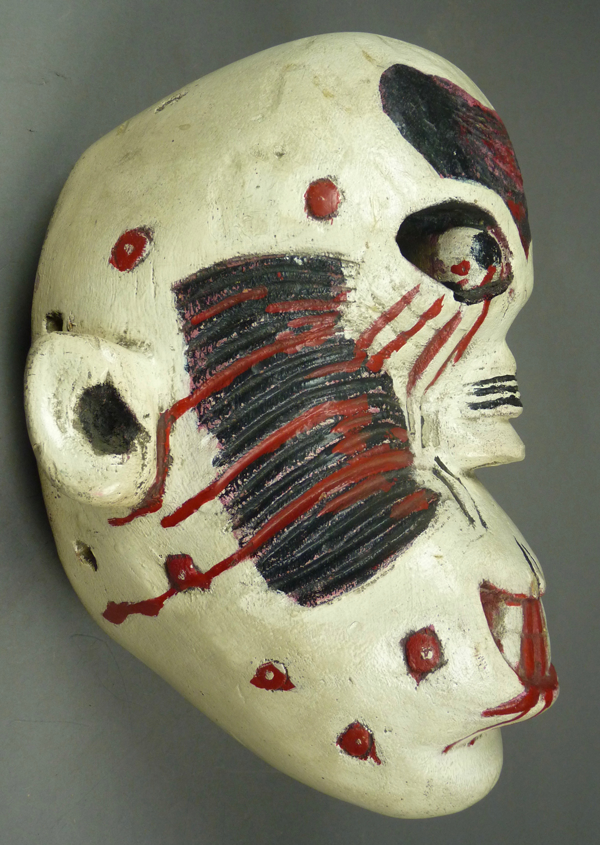 The face bears wounds and rashes, as if this was a man who died after illness and injury. 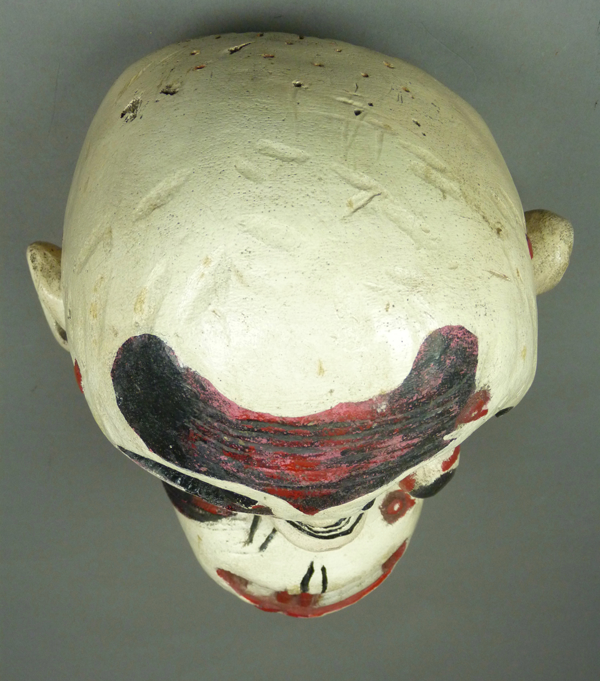 Large wounded masks like this one also appear during Semana Santa fiestas in San Luis Potosí. Recently, of course, such imagery has become a feature of American horror films about the unquiet dead, or “undead.” 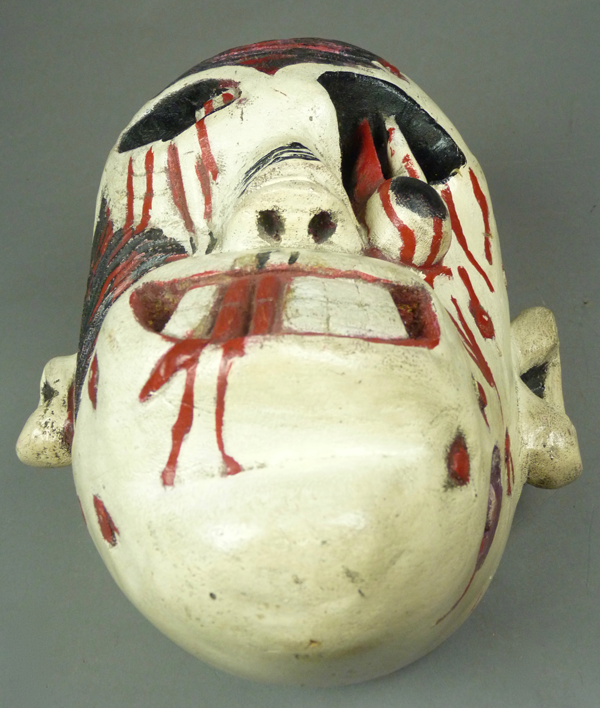 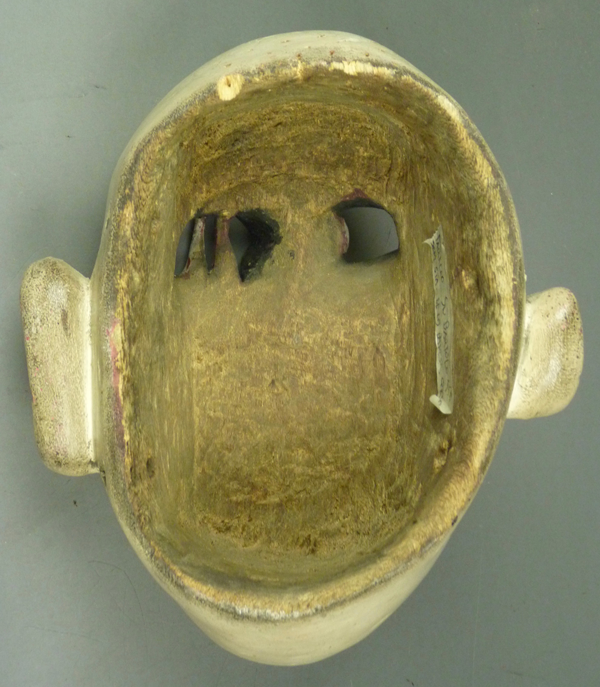 The back demonstrates differential staining. That is, the inside of the rim is darkly stained while the flat back is more lightly stained.

This is an old and heavily used mask, but it lacks a black number on the back that would mark it as having been in the 1981 show  of Jaled and Estela’s masks in Mexico City. That is why I think they got it a little later. 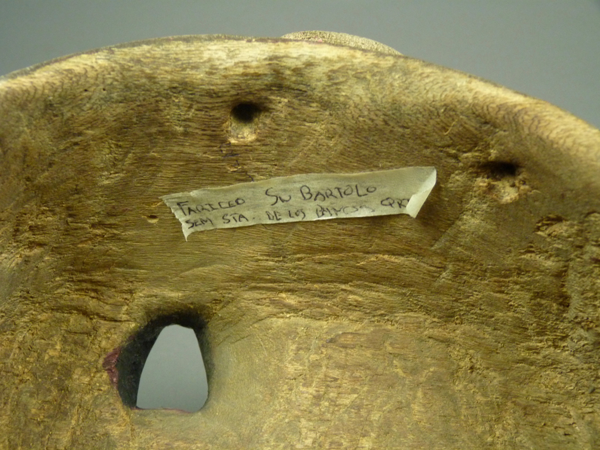 When the mask was collected in the field, the provenance was recorded on a piece of masking tape—

Next week I will share an old Rio Mayo Pascola mask that recently arrived, and also I will invite a new level of participation by viewers.