Last week we took advantage of Danial Moreno’s trademark oversized noses to recognize a few otherwise anonymous masks as his work. But there was another anonymous mask with an oversized nose that I didn’t show you, because it didn’t sufficiently resemble Daniel’s masks. Then it occurred to me that there is another carver of big noses for us to bring into such a quest, and that is Beto Matus. I have already introduced him in my examination of the goat faced Pascola mask at the end of my post of May 29, 2017 ( https://mexicandancemasks.com/?p=9855 ). Here is a full set of photos of the Beto Matus mask from Tom Kolaz’s collection. Ironically after I first saw these photos several years ago, I realized that there was an identical mask in the collection of the Arizona State Museum, although that one lacked an identified carver at that time.

Again I thank my friend Tom Kolaz for taking these photos and for allowing me to show them to you.

As you had the opportunity to see in that earlier post (May 29, 2017), Beto’s lizards look just a little different from the lizards painted on other Pascola masks. 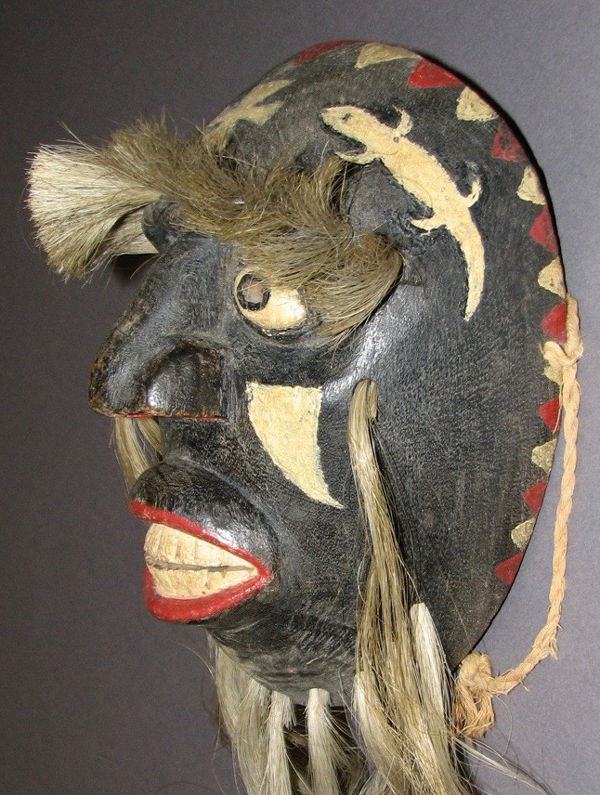 Furthermore, it is unusual for a mask maker to paint lizards flanking the forehead cross. It is much more common to find such lizards painted on the cheeks of a Pascola mask. Note the snouted lips. 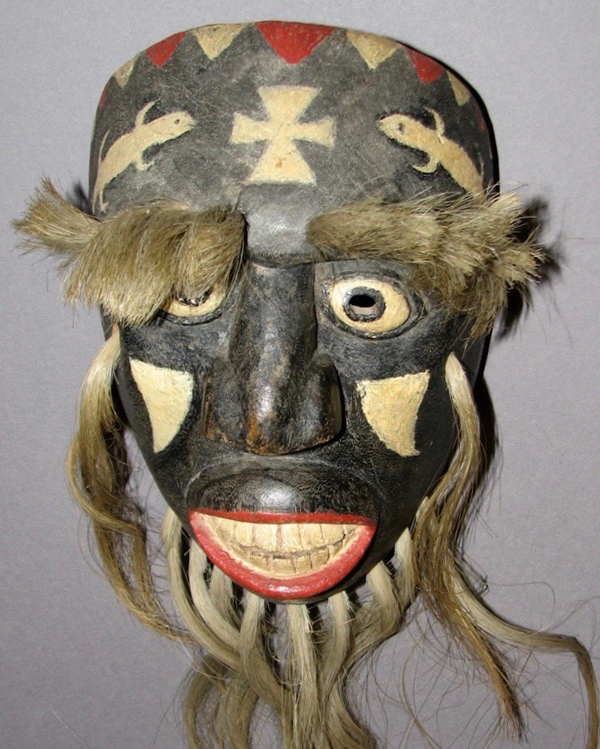 Also note the round vision openings that coincide with the carved and painted pupils on this mask. 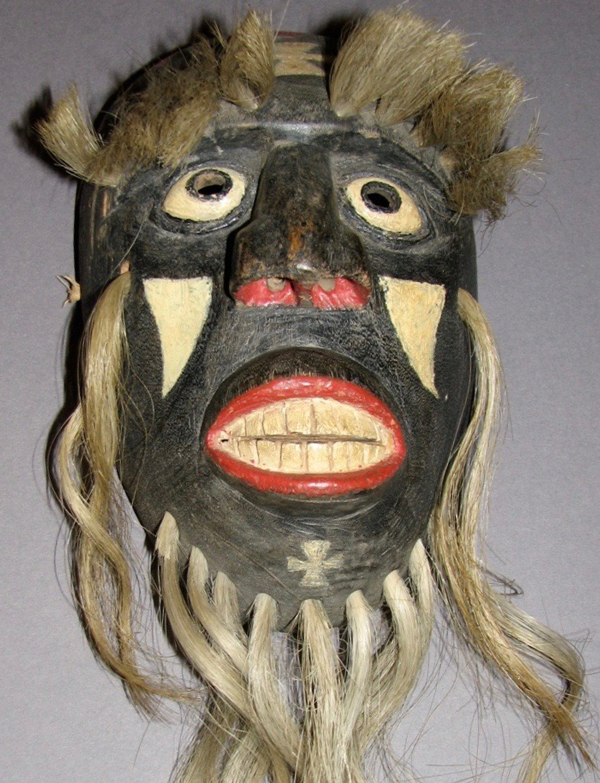 A really unusual feature of this mask is that the nostrils are carved as shallow hollow areas, but they communicate with the interior of the mask through angled air passages that enter the back edges of the nostrils. It seems more common for the air passages in Yaqui masks  to widen and evolve into the nasal openings, rather than tapping into these openings as Beto’s do. 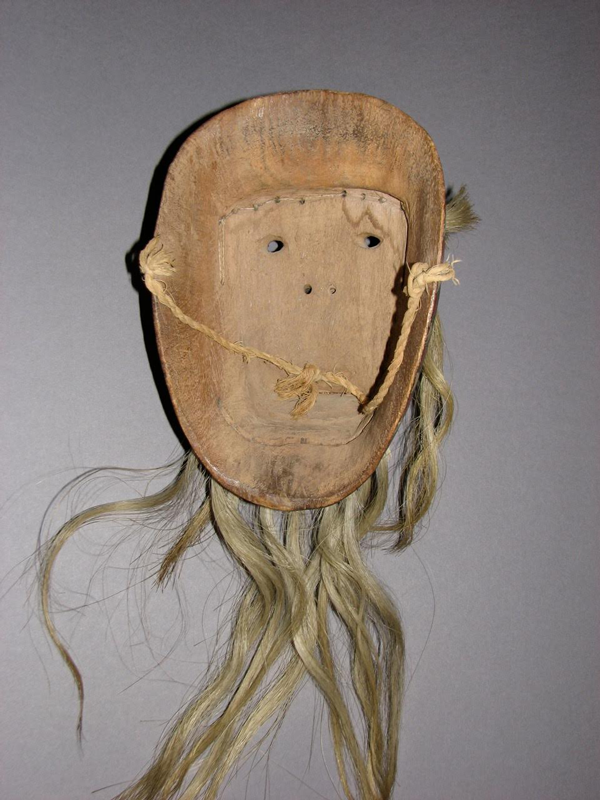 This back demonstrates significant staining from use. Note the round vision openings and the small drilled air passages. 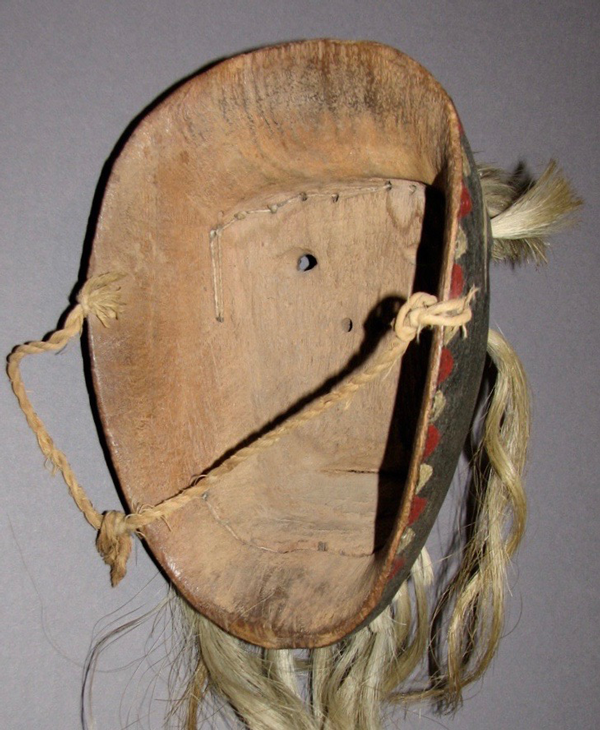 In this second view of the back, note the slender opening at mouth level.

Here is the mystery mask with a large nose that does not closely resemble Daniel Moreno’s masks, but it does seem very similar to the masks of Beto Matus. It is in the collection of Robin and Barbara Cleaver of Santa Fe, New Mexico. It came to them with little information, except that it was collected in Sonora, Mexico. 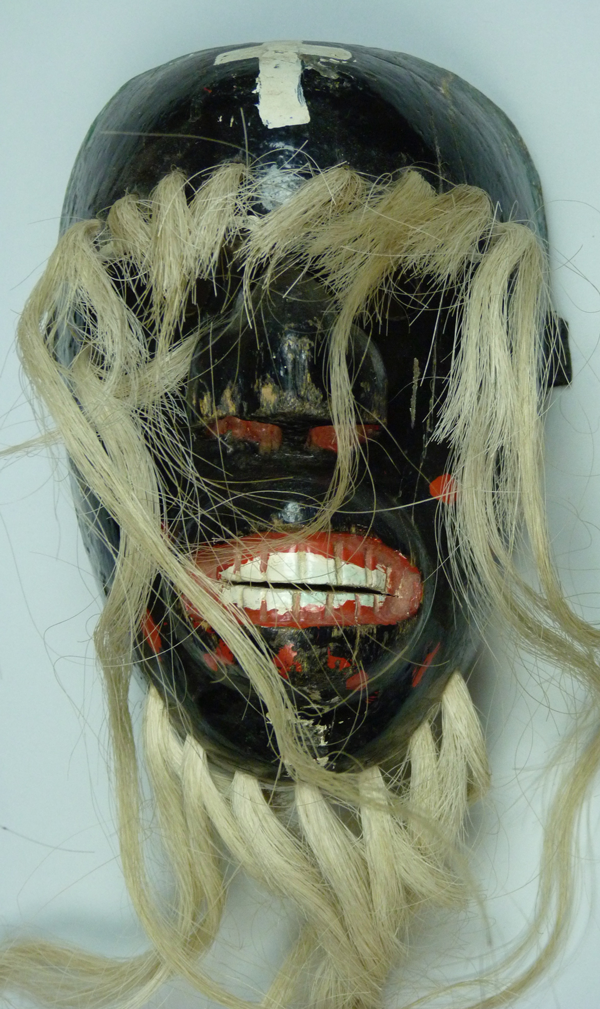 To begin with, of course, this mask has an unusually large nose. 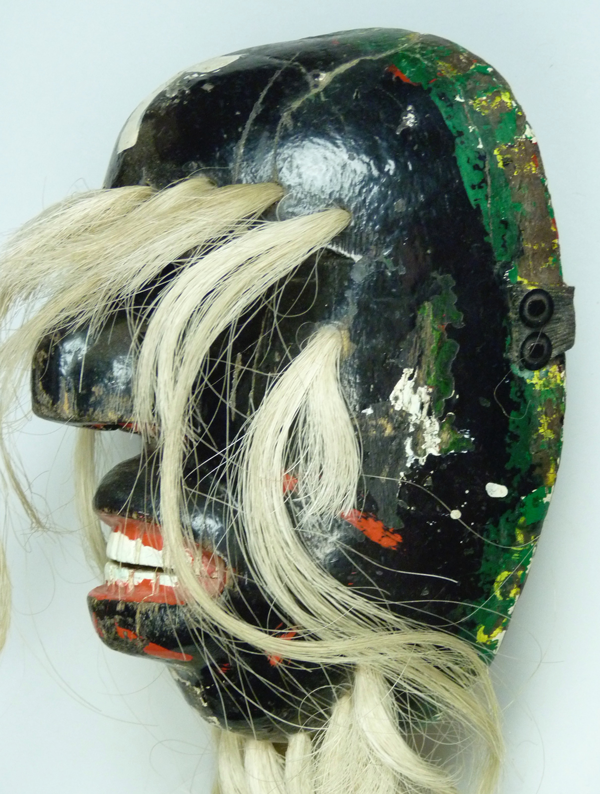 From the side, one observes large snouted lips. 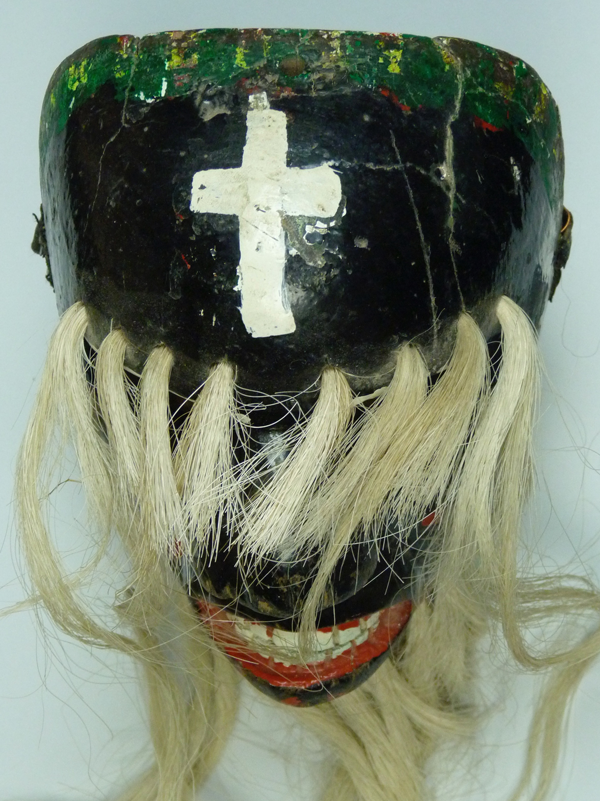 The mask has obviously been repainted, probably more than once, with the result that the ordinary decorative clues, such as the cross design and the rim design, are absent or obscured. Who would have guessed that we could still identify the carver with relative certainty, based on small details. 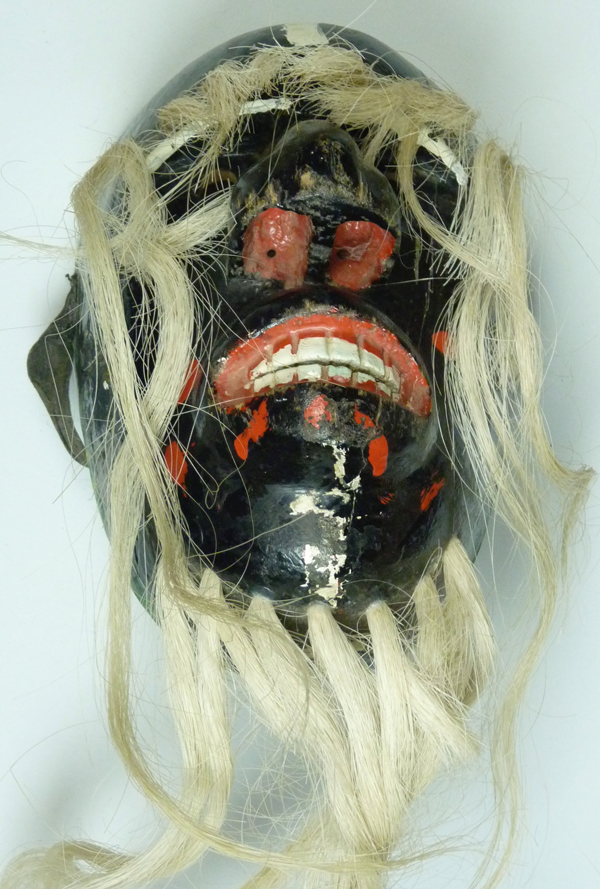 Look at the nose, the hollow nostrils, and the drilled air passages. 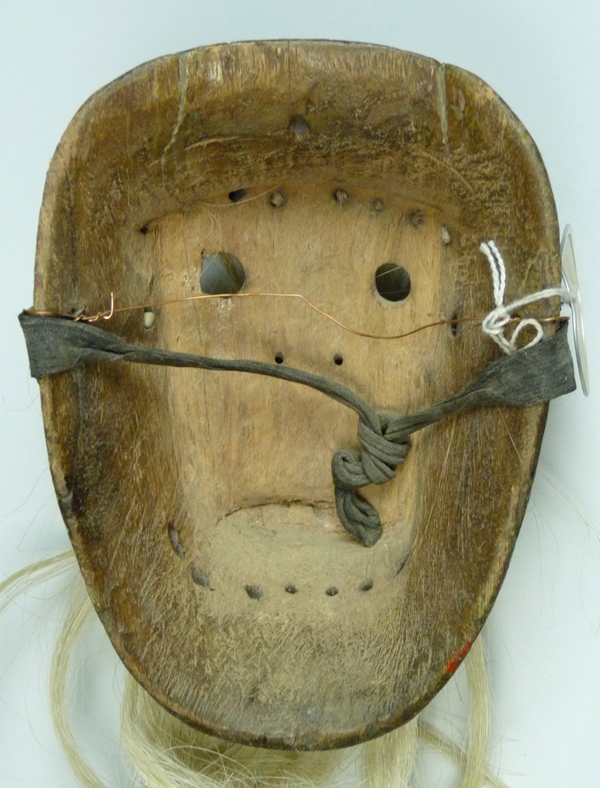 Finally, look at the back design, which is so similar to that of the Kolaz mask. We even see the limited slit at mouth level. Of course we also see remarkable wear.

Having posted about Yaqui Pascola masks for 50 weeks in a row, I have decided to continue this subject next week and the week to follow, making it a full year.